The foundation is a major component of any home. Unfortunately, a home’s foundation can develop some major problems that can compromise the integrity of the entire home. DuraTech Texas, LLC will share some of the common foundation problems as well as what causes them to help you avoid them or atl east detect them sooner rather than later if they are unavoidable.

What Can Go Wrong with Foundation Dirt Pad?

The home’s foundation can become damaged due to a number of different reasons. Understanding how a foundation can develop damage helps you to understand how foundations are built. Most foundations are built on a dirt pad that needs to be properly graded. The dirt or soil used for the foundation padding varies and depending on the type of soil used, different problems can occur.
• Sandy Soil – Sandy soil is a soil type that is more predictable because water will pass through rather than being absorbed. Sandy soil density remains the same even when the soil is wet or dry. Due to this feature of sandy soil, it is much more stable and less foundation damage occurs.
• Clay Soils – Clay soil is a combination of clay and silt that doesn’t make a great pad for a foundation. Clay soil absorbs water and the soil will begin to shift. As the under pad shifts it will cause the foundation to crack, concave, and heave. The clay soil can also shrink and major gaps can develop underneath the foundation.
• Sandy Loam Soil – Sandy loam soils tend to be a very stable soil that hardly changes even when exposed to high levels of moisture. When a home is built on sandy loam soil, it is rare for major foundation damage to occur. However, the soil padding can erode and therefore, the weight of the foundation can cause future problems.

Can Poor Drainage Cause Foundation Issues?

When we are called to a home, we will conduct an on-site inspection of the foundation for damages. Some of the damages we will look for include cracks, erosion, heaves, and also a concave roof or slanting door or walls. If these damages are discovered, we formulate and present a custom plan to repair your foundation. Contact Dura-Tech Texas, LLC today to schedule a foundation repair inspection, consultation and solution today! 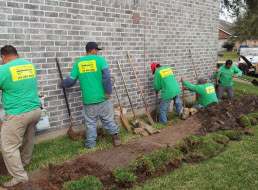 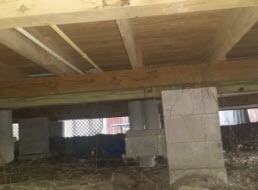 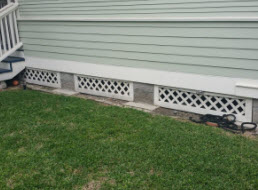 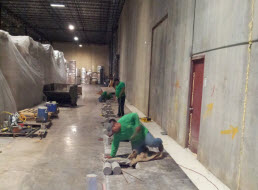